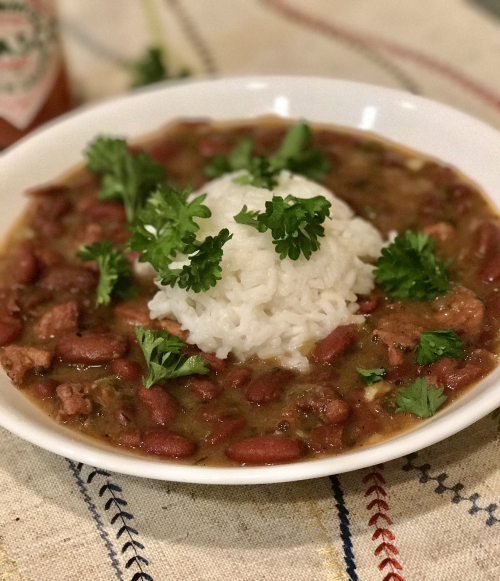 Fat Tuesday isn't until February 28th this year, but carnival season is well under way in New Orleans! Mardi Gras is French for Fat Tuesday, which is the Tuesday before Ash Wednesday that lands 47 days before Easter. While Mardi Gras is technically only one day, carnival season kicks off each year on January 6th. Even though I am not down in Nola watching the parades this year, I am still participating in the festivities from up here in Ohio. Even if it's just in my own kitchen!

Red beans & rice is a dish that was traditionally prepared on Mondays, which were also "wash days." The beans were thrown in a pot with the pork bones from Sunday dinner and slow cooked while the laundry was done. Now, I didn't get a lick of laundry done on Sunday when I made this batch of beans, but I did put on a little New Orleans brass jazz to get in the carnival spirit before watching the Super Bowl! My recipe is pretty standard, but I have adjusted ingredient ratios and worked out a few shortcuts here and there over the years.

Start by throwing the "holy trinity" (onions, bell peppers, and celery) into a dutch oven or a stock pot with the bacon greese or olive oil. Cook on medium high, stirring frequently, until the onions become translucent. 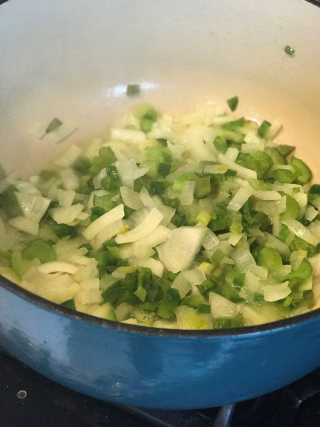 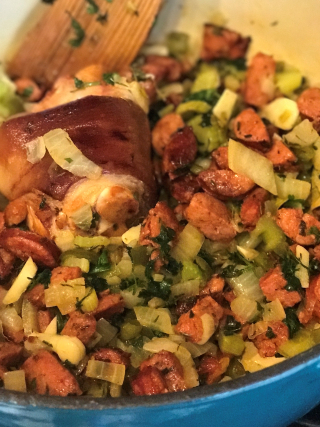 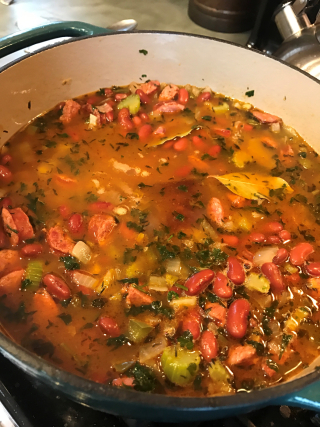 Bring to a boil, then reduce to medium low and let simmer for 2 hours, stirring occasionally. 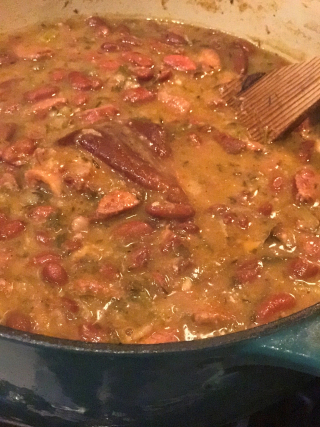 Use the back side of a large spoon to smash some of the beans. I usually just work my way around the pot a few times, stirring between smash rounds. Add salt to taste if needed and simmer another 30 minutes, or until it has a nice creamy texture. Serve with rice and garnish with fresh parsley and/or green onions if desired. Enjoy!

For more info on Mardi Gras:

This is only a preview. Your comment has not yet been posted.

The letters and numbers you entered did not match the image. Please try again.

As a final step before posting your comment, enter the letters and numbers you see in the image below. This prevents automated programs from posting comments.

Having trouble reading this image? View an alternate.

(Name and email address are required. Email address will not be displayed with the comment.) 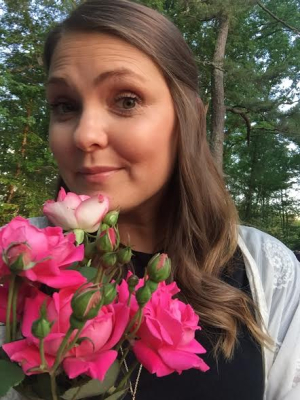