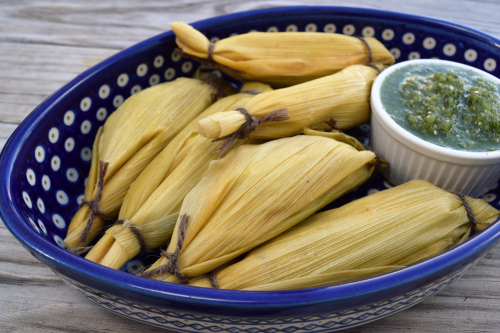 Recently, my dad has been experimenting with tamales and this caught my interest as well. These cute little fellas are so delicious, but I have been scared away from making them before because they all call for a substantial amount of lard. My dad didn't think this was necessary and he was right! We both worked on our versions and found that they can be just as tasty with some alterations. Keep the flavor, cut the fat!

* If you are using dried corn husks (these can be found at Mexican food markets and some grocery stores), you will need to soak them for several hours or even overnight until they are pliable. Fresh husks can be a bit trickier to work with because they can be smaller and haven't been pressed, but they work just fine as you will see below.

Start by making a chicken stock with the water, onion, garlic cloves, bay leaves, oregano, and bouillon cubes. Bring this to a boil and then let it simmer on medium for 20 minutes. Throw in the chicken thighs and let this simmer another 20 minutes. 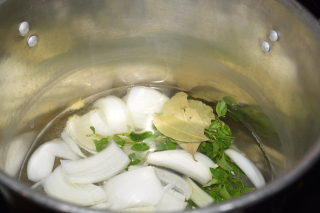 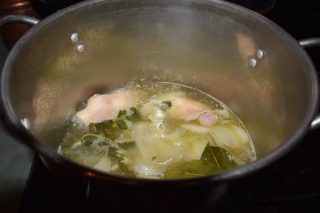 While the chicken stock is doing its thing, prepare the corn husks. If using fresh corn husks, trim the loose parts off the top and chop off the bottom to unfold them easily. Rinse and dry them and set aside until you are ready to fill them. If you are not filling them soon, soak them in water to prevent them from drying out. 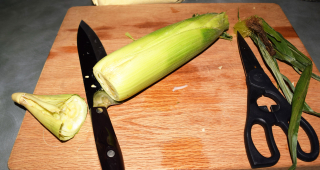 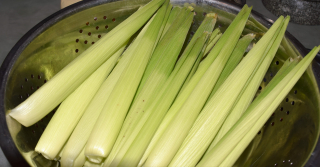 Remove chicken from your stock pot and strain the broth. Discard the veggies and set the stock aside for use in just a bit. 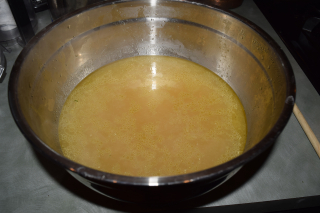 Once chicken has cooled enough to handle, remove the skin and pull from the bones. Use 2 forks to shred the chicken. Heat a skillet and simmer chicken with 1 cup of the set aside stock along with the chili powder, cumin, paprika, garlic powder, 1 of the 2 teaspoons of salt, black pepper, and a sprinkle of cayenne. More or less cayenne depending on your heat preference. Let this simmer for about 10-15 minutes, or until chicken has finished cooking through. 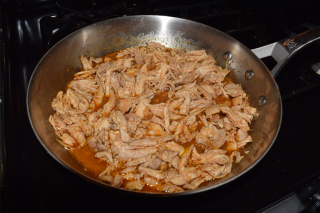 While the chicken is simmering with the spices, prepare the dough by mixing mesa harina, 3 cups of the set aside chicken stock, baking powder, the other teaspoon of salt, and 3/4 cup corn oil. Traditional tamales call for large amounts of lard, but this isn't necessary with a well flavored stock. You could probably get away with even less oil and more stock than I have called for here. If you are using pork, my dad found that no oil is needed because pork is a fattier meat and its lard will cook out into stock. Since chicken is a bit leaner, I added corn oil to mine.

Once you have your dough mixture, start filling your husks. If you are using fresh husks, open them enough to spoon in the dough and hold them open while you add the shredded chicken. Make sure to mix up the chicken periodically as you fill so that each scoop has some liquid from the skillet with it. 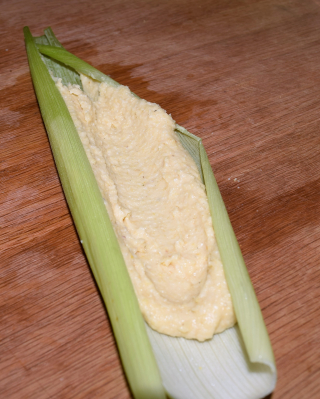 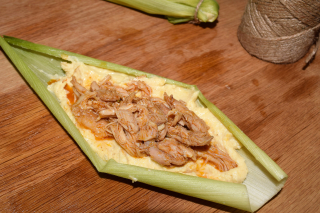 If you are using dried husks, it will be easy to push the sides up so that the dough covers the meat, but with fresh ones this was a bit trickier. So I just spooned a bit more dough to cover the meat and then used another husk to wrap around the front. 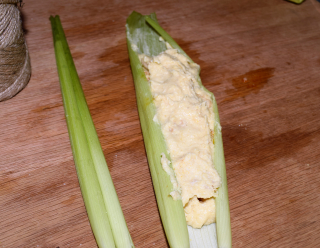 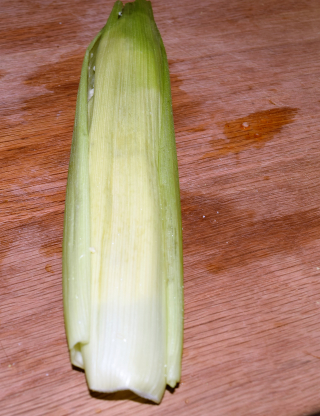 Next, simply fold the top over and secure with butcher's twine or a strip of corn husk. I didn't have any butcher's twine on hand, but the craft twine I did have worked just fine. If you have a pot with a steaming insert big enough to stand the tamales open end up in the pot, you won't need to secure the bottom end. My pot was too short to stand them upright, so I tied off the bottom of each one so they wouldn't leak. 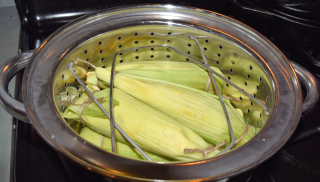 Fill the pot with about 1/2 an inch to an inch of water. Just make sure that the water level stays below the steamer insert. Let them steam on medium for 1 hour, making sure to refill water level if it runs too low.

My garden peppers are still producing, so I made a sweet and spicy salsa verde to top the tamales with.

Blend in a food processor until smooth. Chill or serve at room temperature.

The comments to this entry are closed.